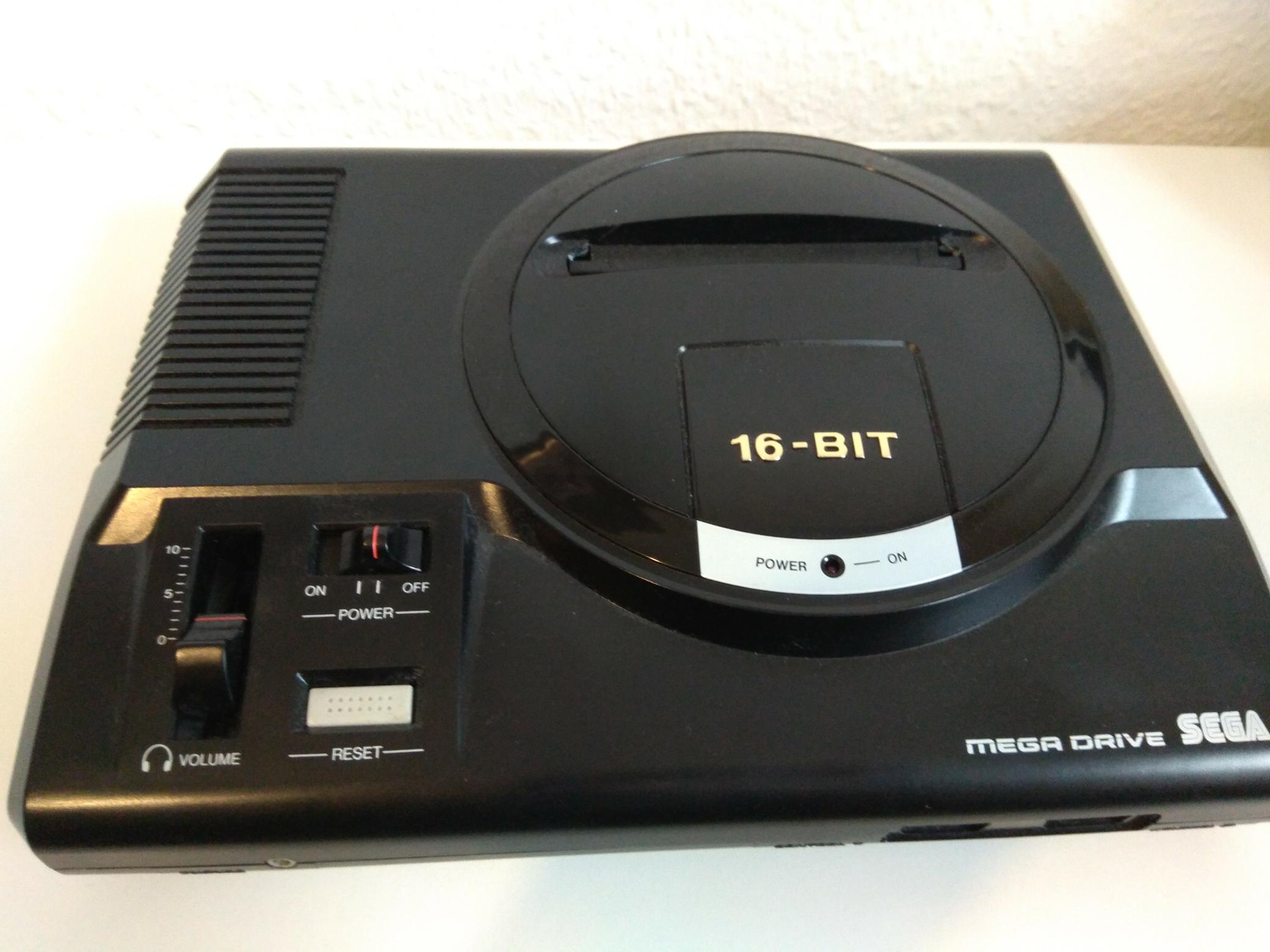 The PAL Mega Drive can rather easily be modded with a switch that enables switching between PAL, NTSC-J and NTSC-US. It doesn’t require much skill, if you can do basic soldering, this one is for you. For proper instructions, take a look at this site.

Here’s a picture of my Mega Drive running at 50hz. 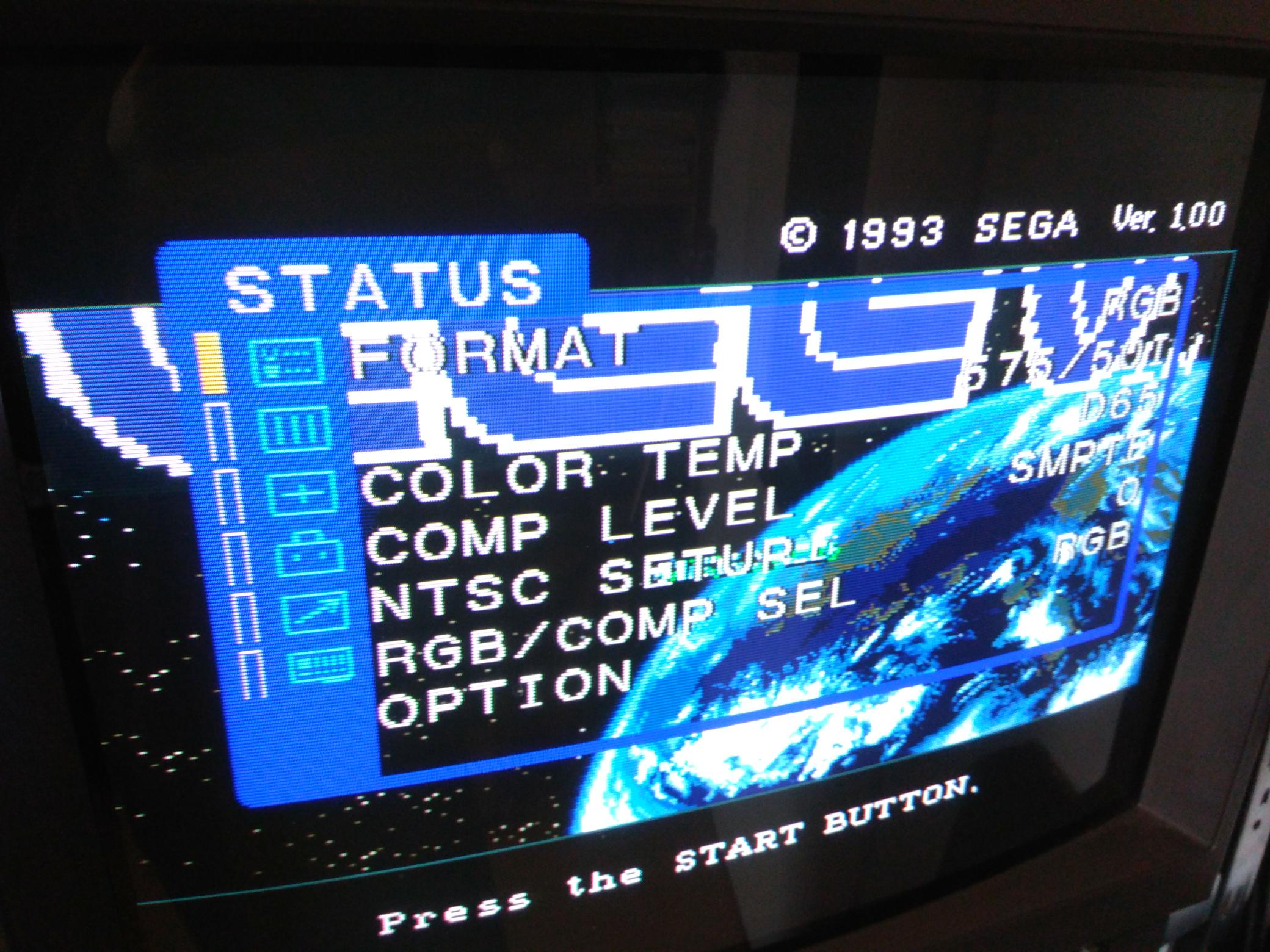 For many games this is rather bad, as most Mega Drive games are not PAL-optimised, so they just have big bars on top and bottom of the screen and run with 5/6th of the speed of the NTSC game. Depending on the game, the difference can be dramatic. Sonic feels like a completely different game. 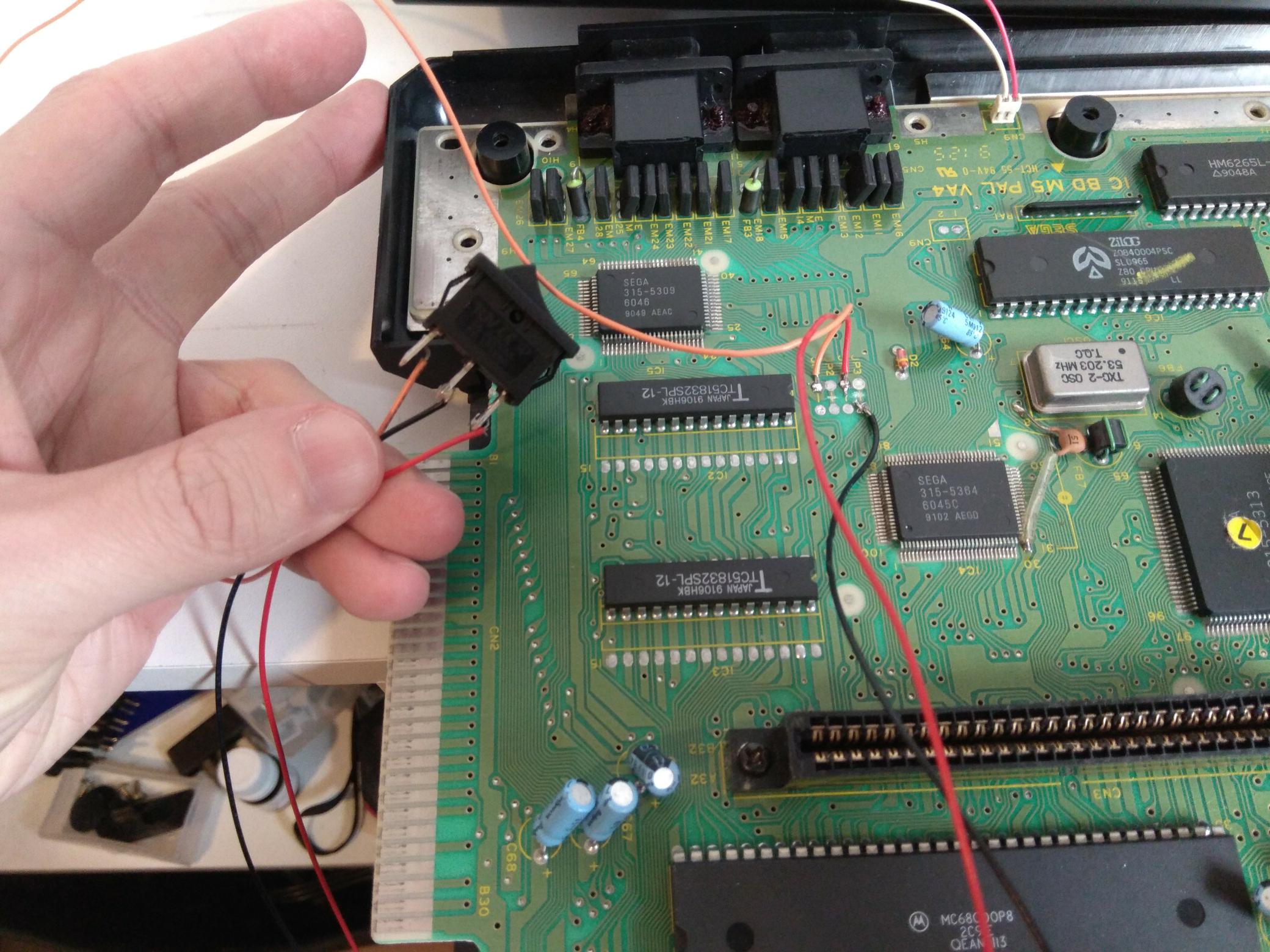 As you can see this switch has some parts on the side that will make it snap in if you have a hole that just fits. I took out the dremel and removed some plastic next to the video output. I also had to remove a bit of the shielding. 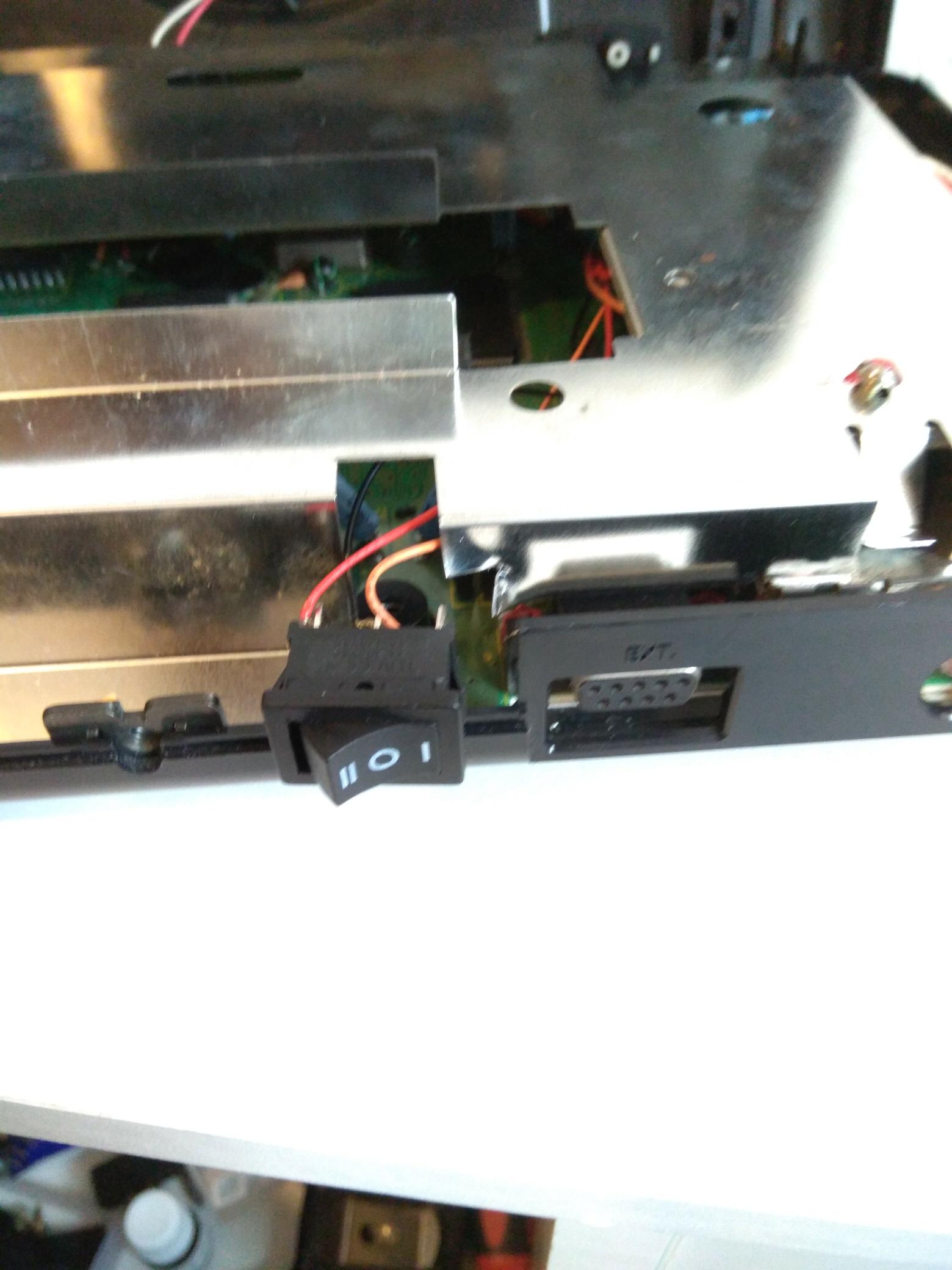 Here is that system closed. 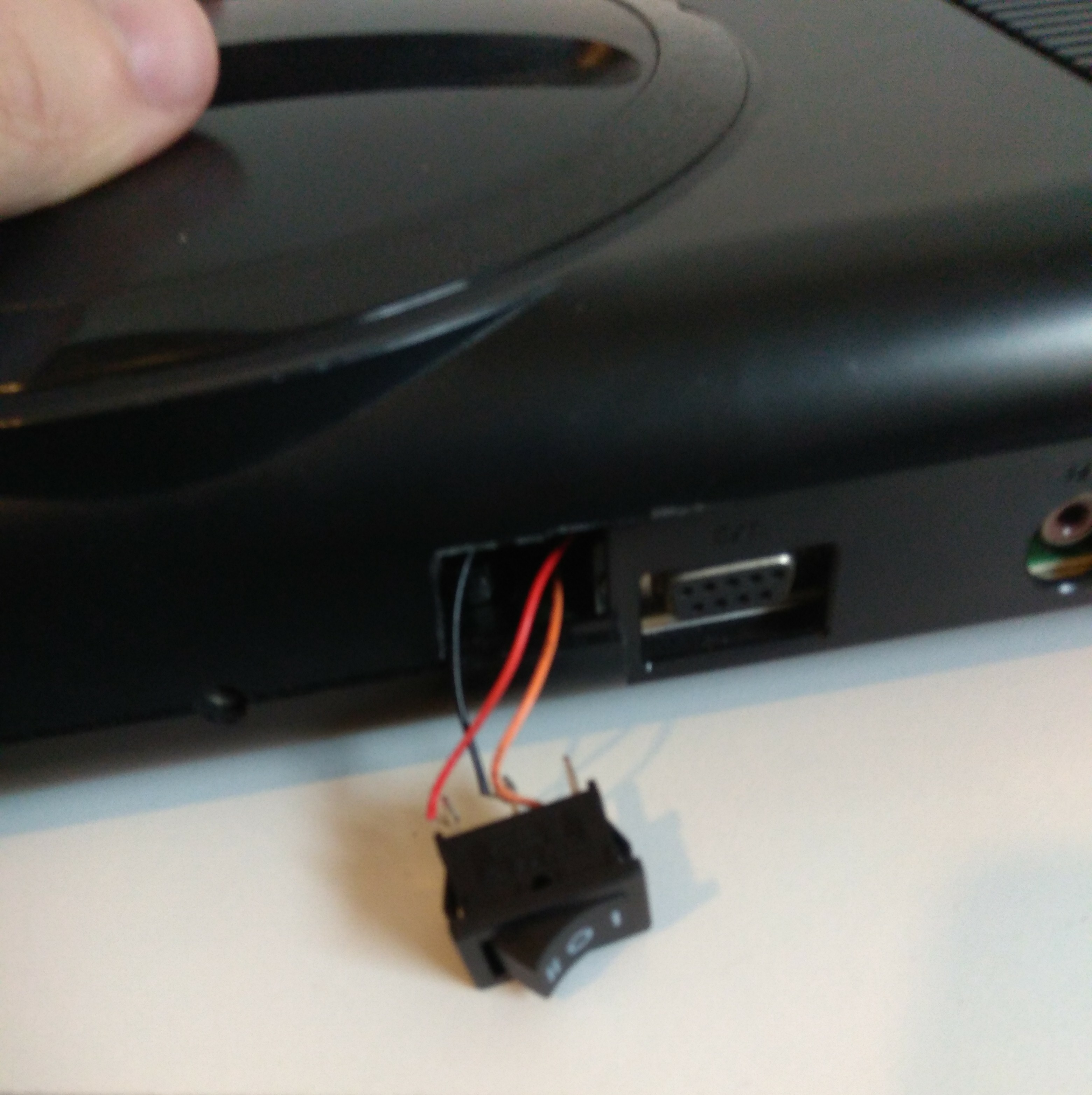 And after snapping in. 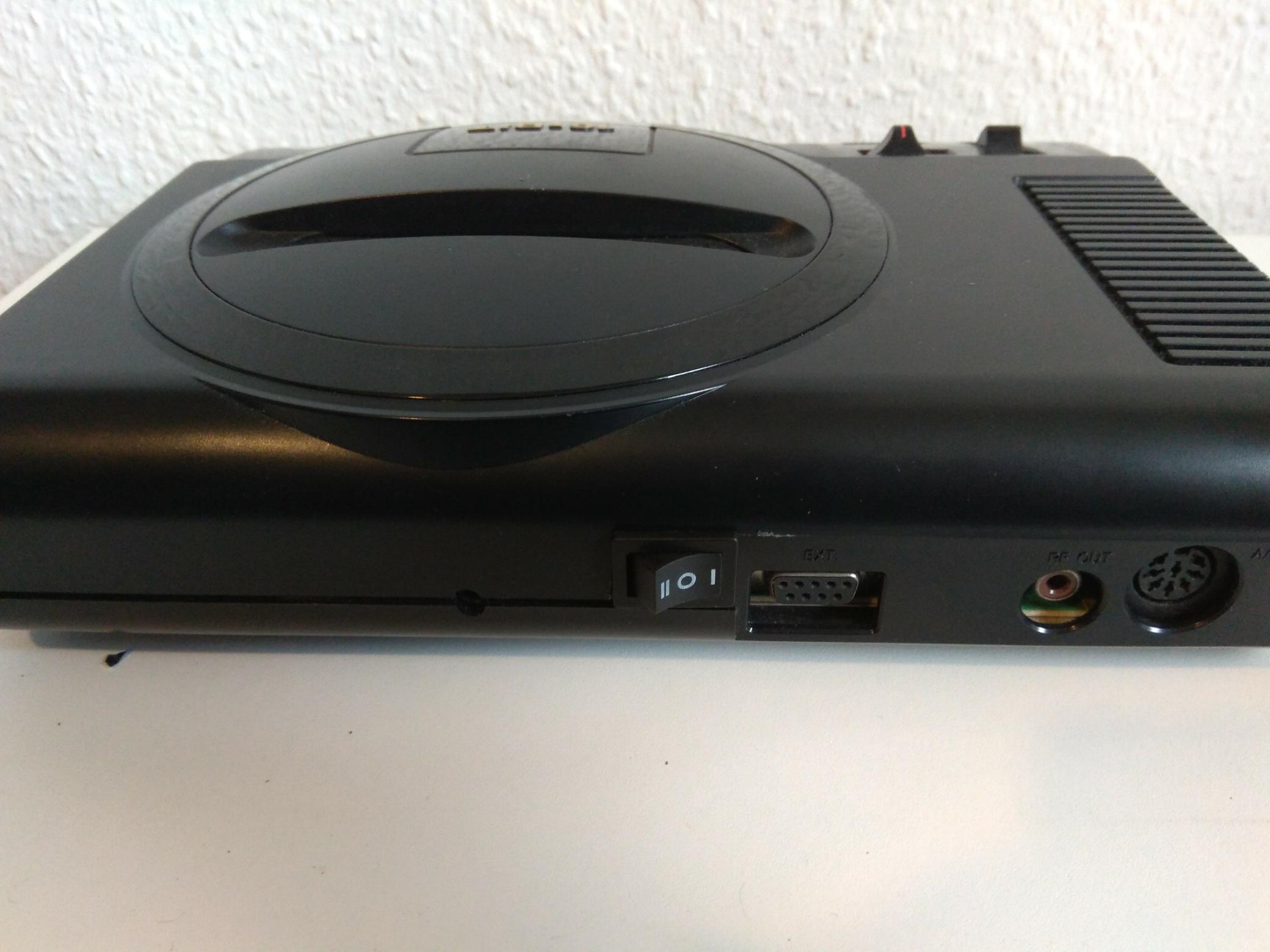 I tried to find a game that would show an error screen when set to the wrong region, but it turns out I only have one, Cool Spot. All other 10 or so games I tried where region free. 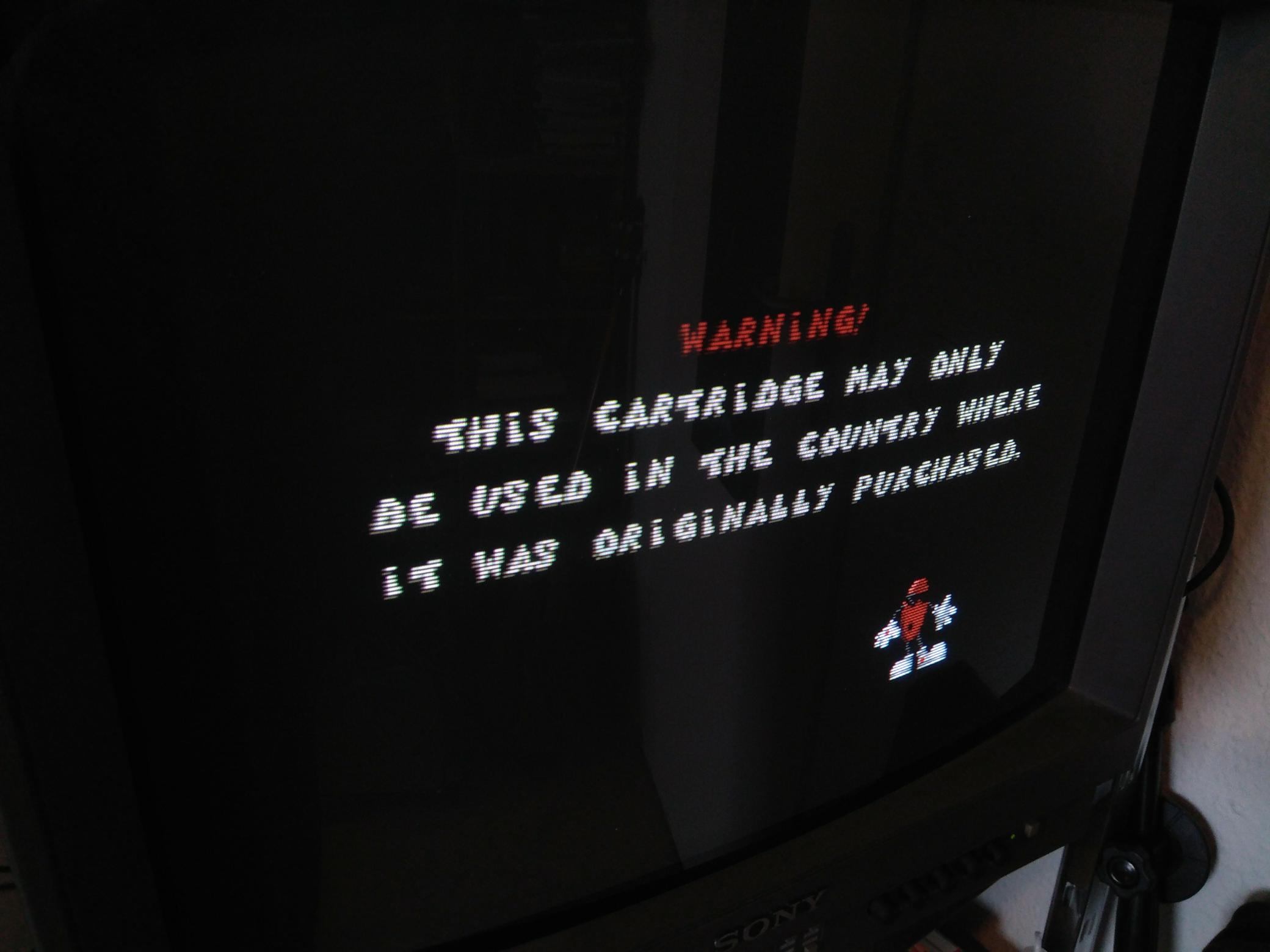 Another thing that is not region free is the Mega CD drive. It will give an error too when launched in anything but PAL mode. 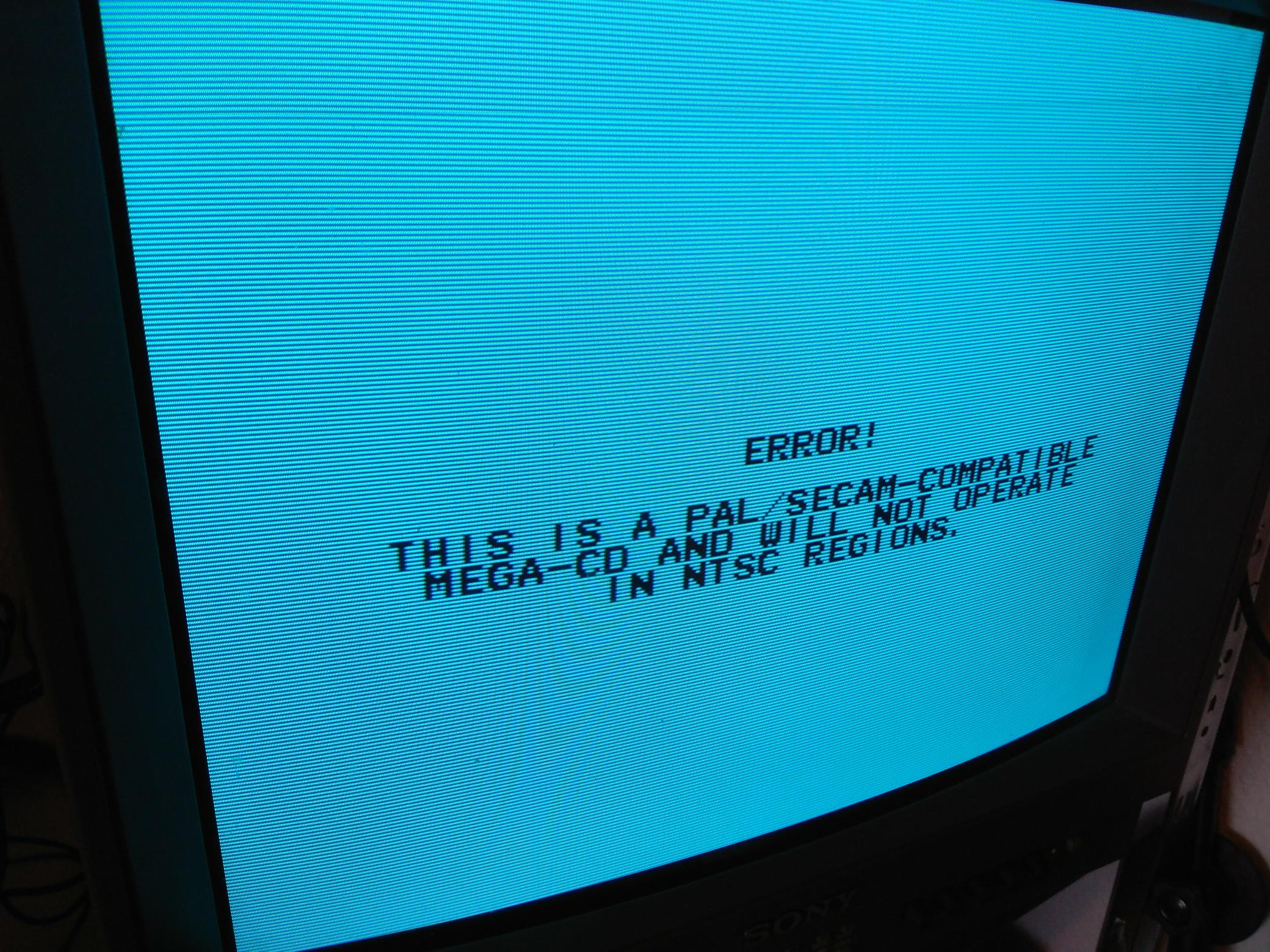 It’s all lies, though. You can just launch in PAL and then switch to NTSC right after booting up. 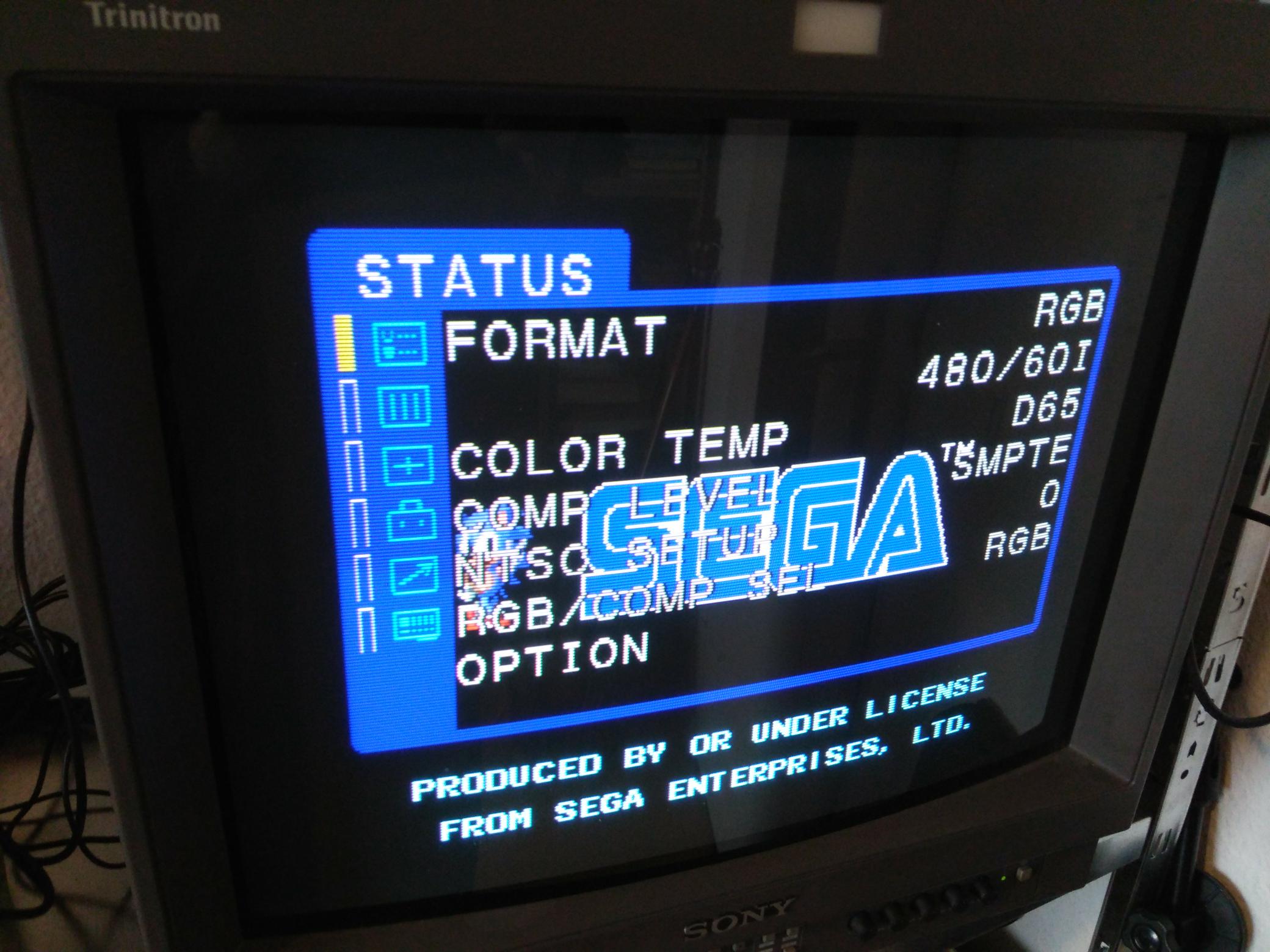 Games sometimes behave rather weird when you do that. Sonic and Knuckles does have some PAL optimizations, so starting it in PAL and then switching to NTSC will make it run TOO fast. Most games will just work normally though, finally running at the proper speed.

This is a very simple mod and I’d recommend it, even if you only have PAL games. The extra speed and full-screen graphics in most games make a big difference.